December 2nd to 3rd, 2017, the third International Conference on Language Testing and Assessment and the fifth British Council New Directions in Language Assessment Conference were held in Shanghai. Jointly organized by the National Education Examinations Authority (NEEA) and British Council, the conference is an important event for the implementation of the Sino-British Education Partnership Action Plan signed by Chinese and British education ministers.

With the theme of “Connecting Assessment with Teaching and Learning,” the objective of the conference was to provide a platform for thorough and in-depth discussions on the topics of standards of language proficiency, reform of foreign language assessment, assessment literacy of language teachers and the application of Artificial Intelligence Technology in language testing and assessment. Experts and scholars from 23 countries and regions in Europe and the Americas, and the Asia-Pacific region, including representatives from globally recognized education institutions, attended the conference.

Zheng Fuzhi, Assistant Minister of the Chinese MoE, pointed out in his address that promoting the reform of foreign language education and improving the national language ability is an important measure to provide strong intellectual and personnel support for the achievement of the “Two Century Goals”. In order to fully carry out The Implementation Opinions of the State Council on Deepening the Reform of the Examination and Enrollment System and The Opinions of the State Council on Deepening the Reform of the Educational System and Mechanisms, the Chinese MoE takes the construction of the assessment system of foreign language ability as an imperative task in the promotion of the comprehensive reform of examination system Over the past three years, great progress has been made in terms of devoting top experts at home and abroad, conducting research with greater scientific rigor and standardization, as well as giving and receiving recommendations and views from each side.

Successfully completing the development of China’s Standards of English (CSE). As the first English language proficiency scales that covers all phases of study, it will help to solve the problems of English tests in China, including the various standards for different tests, the incompatibility of English teaching and testing objectives, and the incoherence of learning objectives, contributing to the coordinated development of English teaching, learning and testing, and promoting the linking of different learning outcomes.

Speeding up the construction of the National English Testing System (NETS). The NETS is a system of English proficiency testing developed on the basis of CSE. With unified standards, fully comprehensive testing and informative score reports, it will help to solve issues associated with current English tests, satisfy people’s needs for high-quality and diverse foreign language assessment, and effectively lead the development of learners’ English language ability.

Actively promoting the linking of CSE and the well-known international English tests. According to the agreement between the Chinese and British education ministers, linking research between the British English tests and CSE has been fully achieved. Linking research between English tests in other countries, such as the United States, and CSE will soon be initiated. All these cooperative research linkages will have a far-reaching influence on the promotion of Sino-foreign educational exchanges. 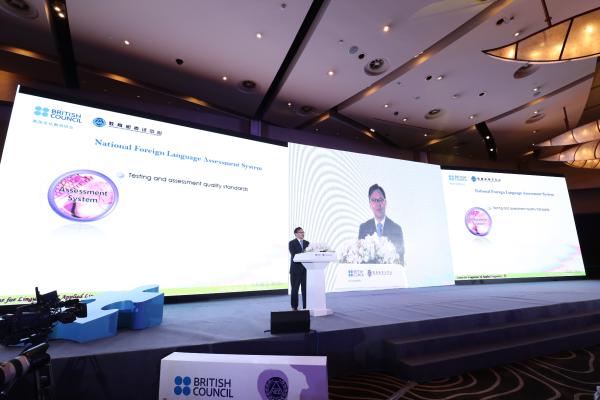 The foreign experts at the conference highly appreciated the achievement of the construction of a national assessment system of foreign language ability in China. They commented that the development of CSE was scientifically robust, rigorous and uniform, having filled gaps that exist in similar international systems while contributing and infusing Chinese perspectives to international language education.

Professor Wang Haixiao of Nanjing University, Secretary-General of the College Foreign Language Teaching Steering Committee of the Chinese MoE, praised the development of CSE, commenting that “It is of great significance to the enhancement of the level and internationalization of current English tests in China, and also of great importance to the promotion of international educational exchanges.” Professor Liu Jianda, Vice President of Guangdong University of Foreign Studies, further pointed out that “Establishing a set of standards of English language ability and assessment system covering all phases of study, is helpful in the assurance of the quality of English tests and the score transfer of different English tests, facilitating the construction of a life-long learning system. It can help put the current English tests and those to be developed in the future on the same scale, facilitating the internationalization of English tests in China.” Professor Jin Yan of Shanghai Jiao Tong University stated that “CSE has not only taken the characteristics of English teaching and social needs in China into consideration, but also the understanding and acceptance of English users. It has, moreover, described the most typical features of language performance.” 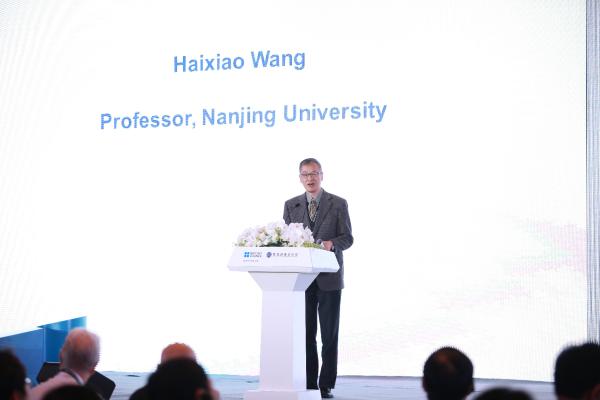 In the conference, NEEA in China and British Council also announced the launch of the Joint Research Funding Scheme. Both sides will jointly sponsor research projects relevant to English teaching, learning and assessment based on CSE.